You are the month that really got away from me. At least, mentally.

December began with what was probably my most major commission of the whole year. It was a rush job that had to be in the hands of the intended recipient by the 13th of the month. This gorgeous quilt was commissioned by one of my very best clients as a gift for her mother on her birthday. 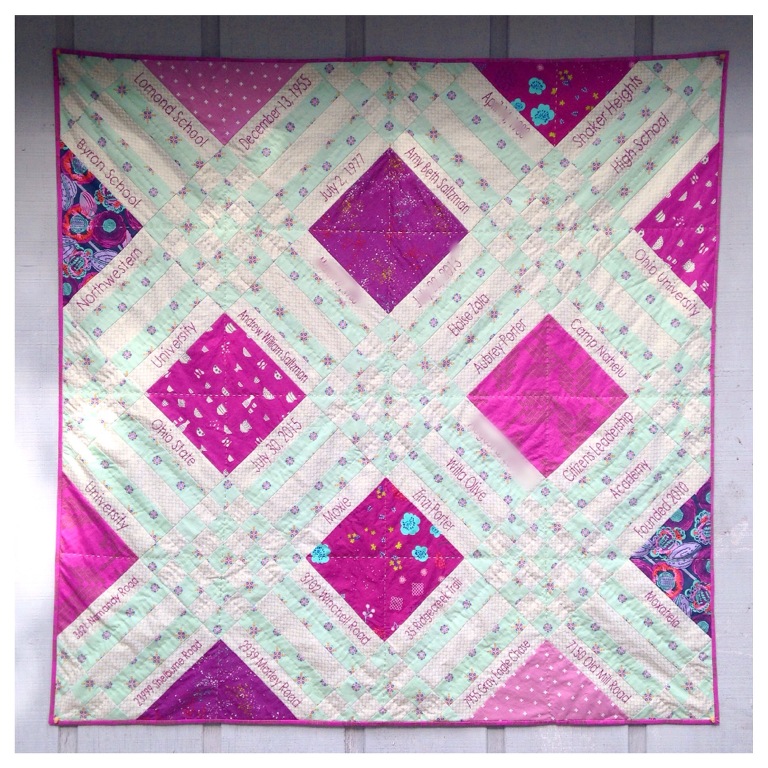 The quilt contains embroidered details of every major life event from schools, to addresses, to birthdates and names of children and grandchildren, to other important dates such as her anniversary. To be part of something so full of meaning was the greatest privilege. The quilt has a very classic design with great modern colors. After embroidery, the whole thing got the Meredith treatment: hand quilting and hand binding. 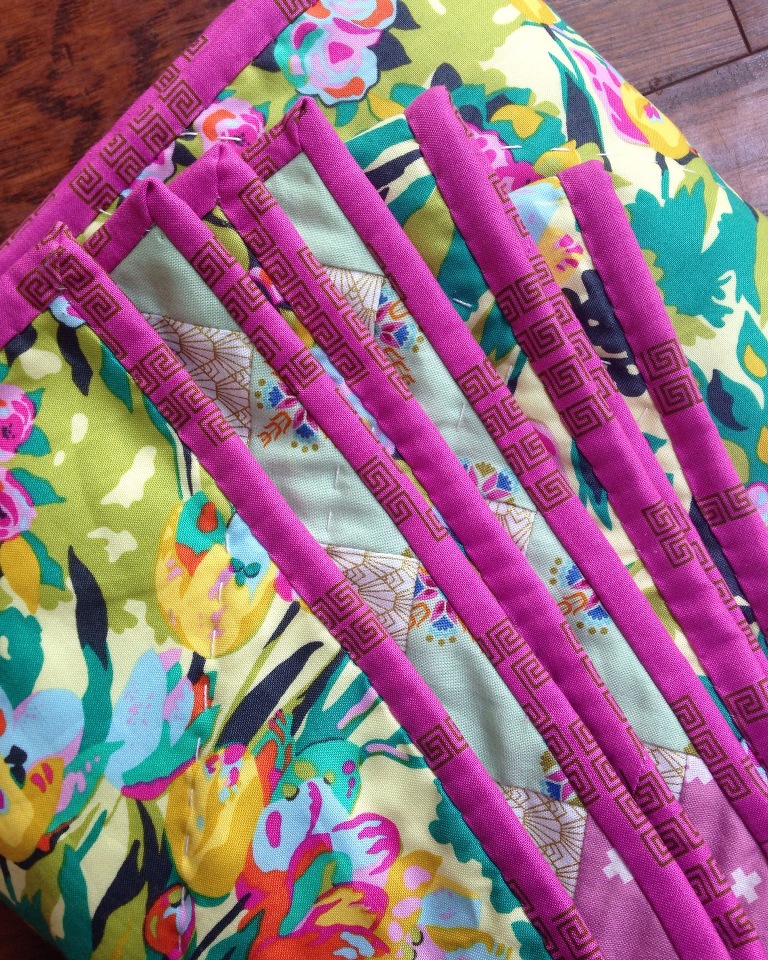 Next up was a set of bow ties for this very same client’s husband. I do think he will be looking awfully dapper in her favorite colors this new year! As a side note, are you aware that there are zero commercial bow tie patterns available that use legit professional hardware for self tie bow ties? I wasn’t either, which added some difficulty in making them. They came together nicely, however, and are the real deal. They even have real wool tie interfacing which gives them the most beautiful structure. 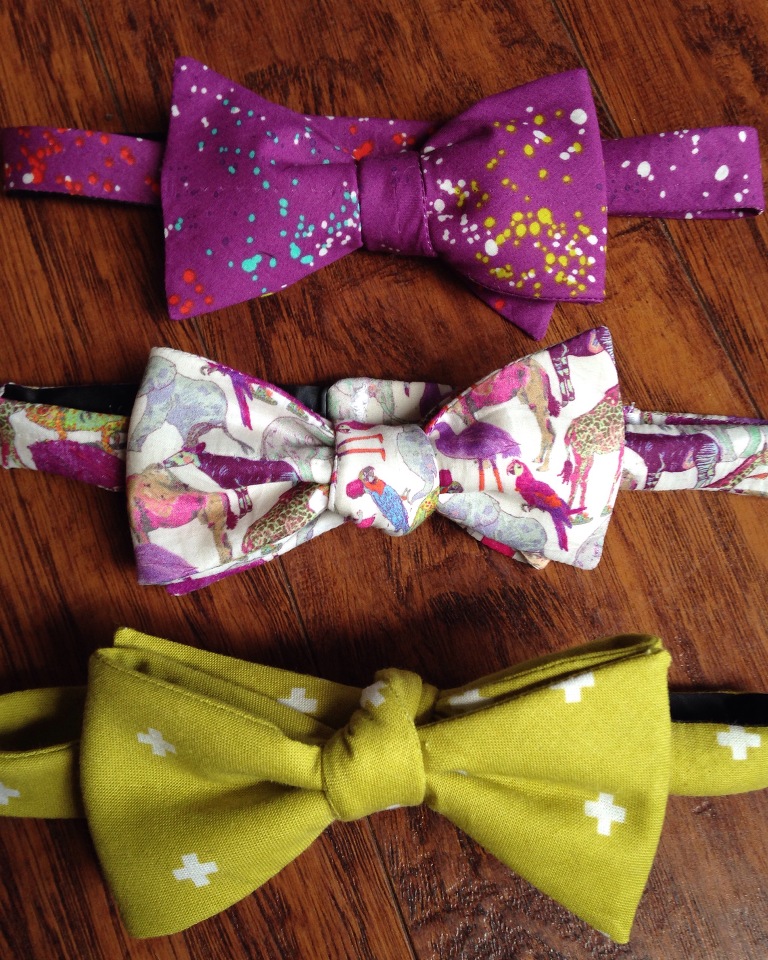 December held two more commissions for me- two baby quilts that had to be in the hands of my client for gifting by the 22nd. For the first quilt, I used my Argyle Christmas pattern (a free quilt pattern you can find here!) to make a non-girly quilt for a little girl who is due to arrive soon. We chose the fabrics and this one came together pretty quickly. Its handquilted and bound, because just because it has to be done quickly does not mean I cut corners. 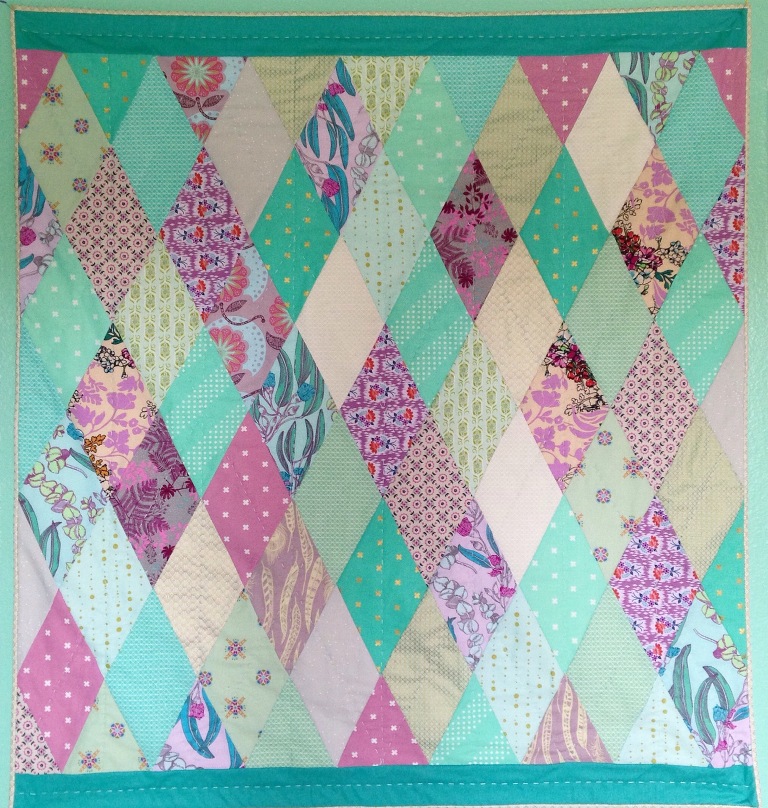 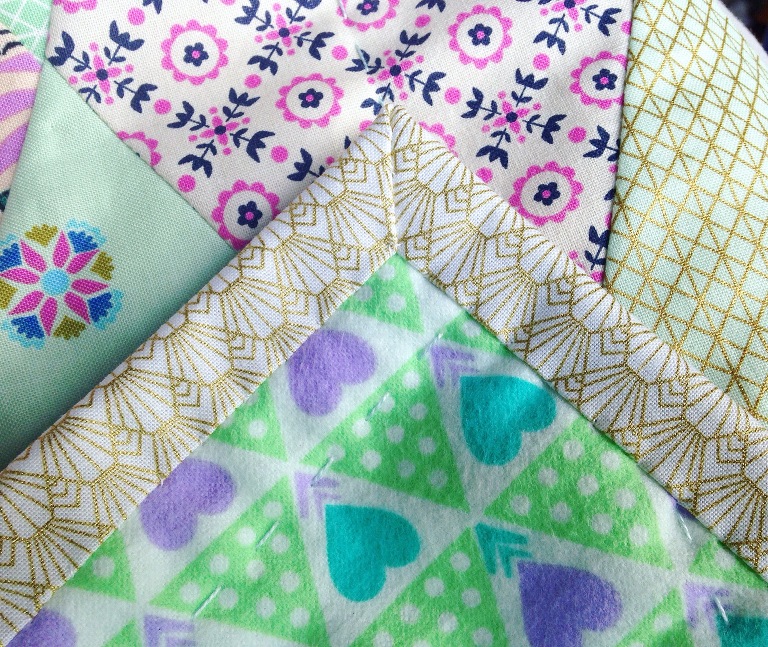 The second quilt for this client is all about cows and red, black, and white. This one was so much fun for her because the colors and cows are her favorite! This one didn’t come without some bumps in the road. I had the red, white, and black fabric cut, sewn, and ready to go. However, that cow print didn’t arrive until the 19th, and the quilt had to be overnighted by the 21st. I was not able to get my hands on as much of it as I had hoped, so I ended up needing more the white fabric for framing this print. This led me on a wild goose chase for over four hours on a Saturday night trying to find a match for my white fabric with little black dots. Guess what? That’s actually really hard to find. I went to four different places before deciding to go back to store number one and get the similar print. I had to rip out all the white I had used to that point and replace it with the new stuff so everything would match. As with every other item I had made during this insanely busy month, I pulled a very late nighter (which is a serious feat in the third trimester of pregnancy) and got the top done and the quilt basted. I hand quilted it Sunday and bound it Monday and had it in the mail the same day. 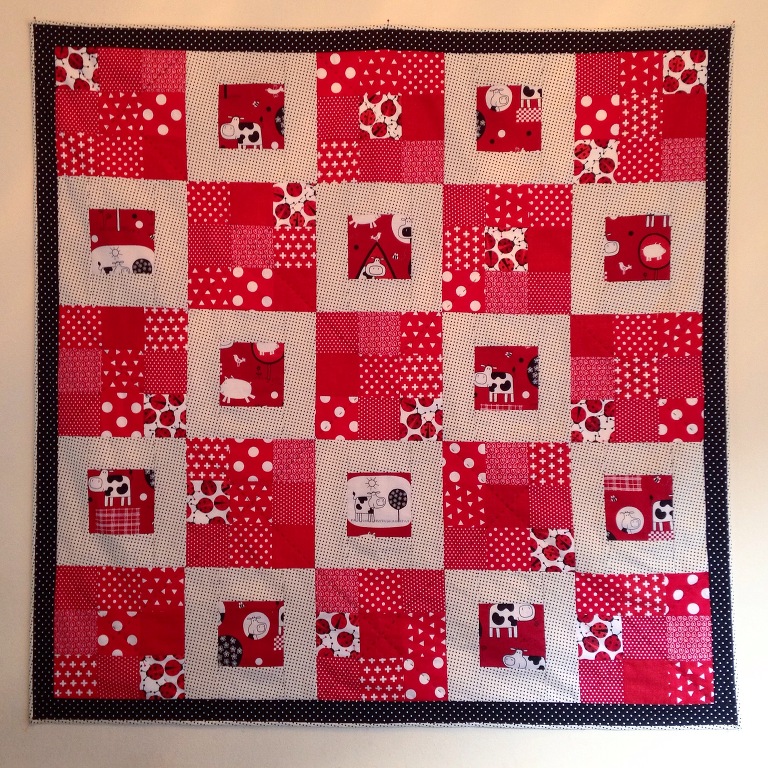 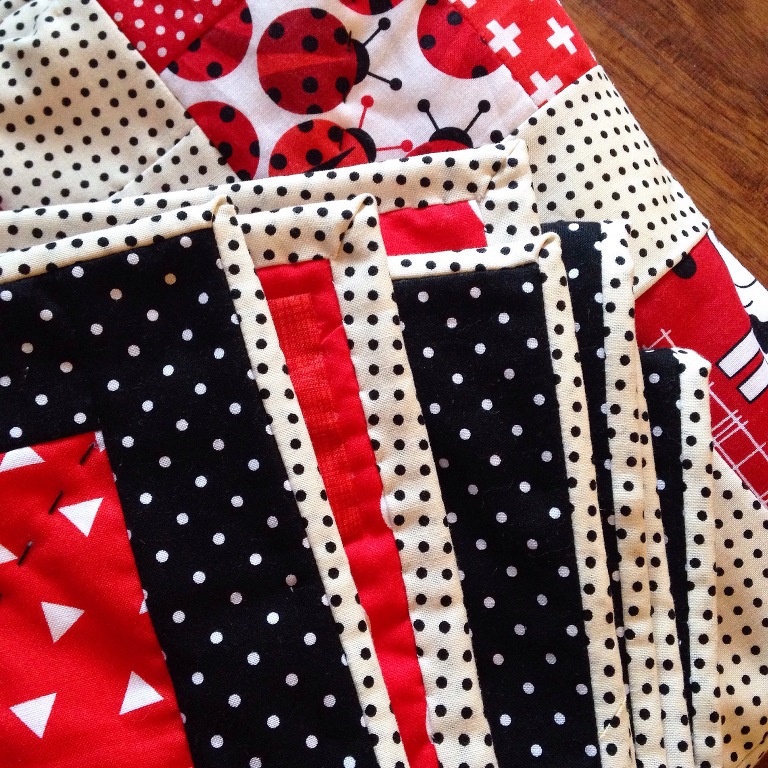 I also found time to knit a cowl for my sister, bind a queen quilt for my other sister, and make a t-shirt quilt for my father-in-law before Christmas. While I always think of the holiday season being a busy one, this one certainly beat all. I know I over did it, but I am proud of the amount I was able to get accomplished. I wish I would have had time to slow down and enjoy my favorite time of year, but all things are for a reason. You see, just last month I was told that our lease for the house we have rented for six years is being terminated just two weeks after I am due in February. This hit us like a ton of bricks. No, we don’t have have a clue what we are going to do or where we will go. But if 2015 has taught us anything at all, its that God takes care of us even in the most impossible of situations. In addition, we spent the vast majority of December waiting on our tax refund to arrive from Uncle Sam (no time like the last minute to file, ahem). With financial strains, we desperately needed me to have every one of those commission jobs to make ends meet and be able to purchase a few gifts for our family. Just a day or two after our check came and less than a week before Christmas, I was let go from the job I’ve been working for about seven years. So that did away with the very small amount I supplement each month.

I don’t know why any of these difficulties happen, but I’m so thankful that as December comes to a close, we as a family have been able to handle it differently than we would have at the start of the year when the dominoes began to fall. I’m grateful for the work I’ve been given, and for the people who have sought me out to make things for them and their families. I’m sure they are just wanting something done and paying because that’s what you do, but for us, its a meal, rent, gas in the car, having the electricity paid for. Truly, being a part of this creative community has brought such blessings to my family and I. I get my creative fulfillment; I get to work directly with people; my family is provided for in unexpected ways and in the most perfect of times. I can’t possibly ask for more than that. So while 2015 has brought with it issues that I could have never predicted and to degrees we could not humanly “fix”, it has given us blessings that overflow and hearts full of gratitude for every single thing. Without those months that brought us so low, we would not be able to see the richness of having the smallest of blessings when they come. I’m so full of gratitude to you, reader, for visiting this space and following along with me, and perhaps even commenting now and then. I’m so thankful for the countless people on Instagram who voice their encouragement daily. I’m grateful for the strangers and friends who have bent over backwards to bless my family and I in the most unexpected and generous of ways.

I’m looking forward to 2016 with an open mind and excitement for all it will bring. I’m taking some time for me and for my family, which I know is needed. We have one box of diapers for a baby that will be here in five weeks, and that is the extent of the current preparation … so you might see some baby related posts coming up in the next month! We have lots to do, and not very much time in which to do those things. Have no doubt that I’ve got lots to show you over the coming weeks! I’m officially addicted to knitting, so I want to show you the projects I’ve completed lately. I also have some quilty posts planned, along with some garments and other things!

If you have made it to the end, bless you! I do hope this post finds you happy and healthy.