Coverdale Liberty and the dress that can finally be worn 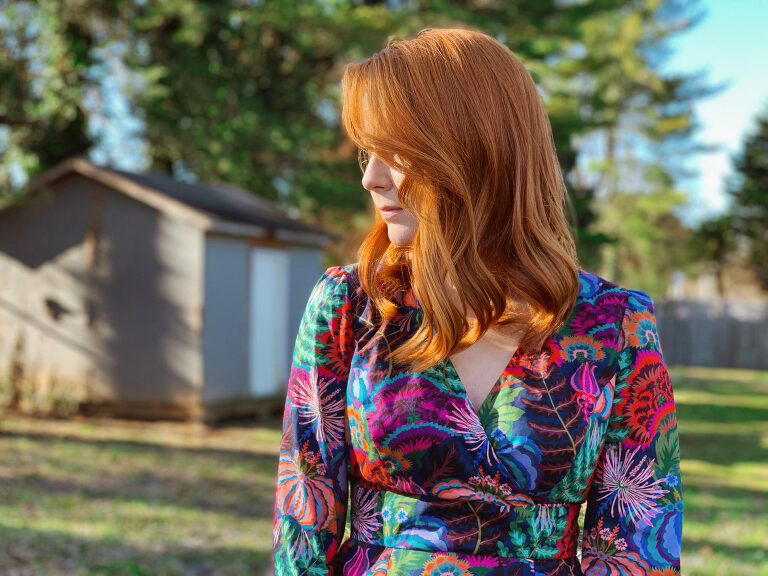 Why the simplest tasks get put on the back burner, I have no idea. I imagine that taking care of them would likely result in a snowball effect wherein finishing them would give one great satisfaction and momentum to take care of the next thing. I’m not sure I’ll find out because those simple tasks are generally mundane and starting something new is just so exciting, right? 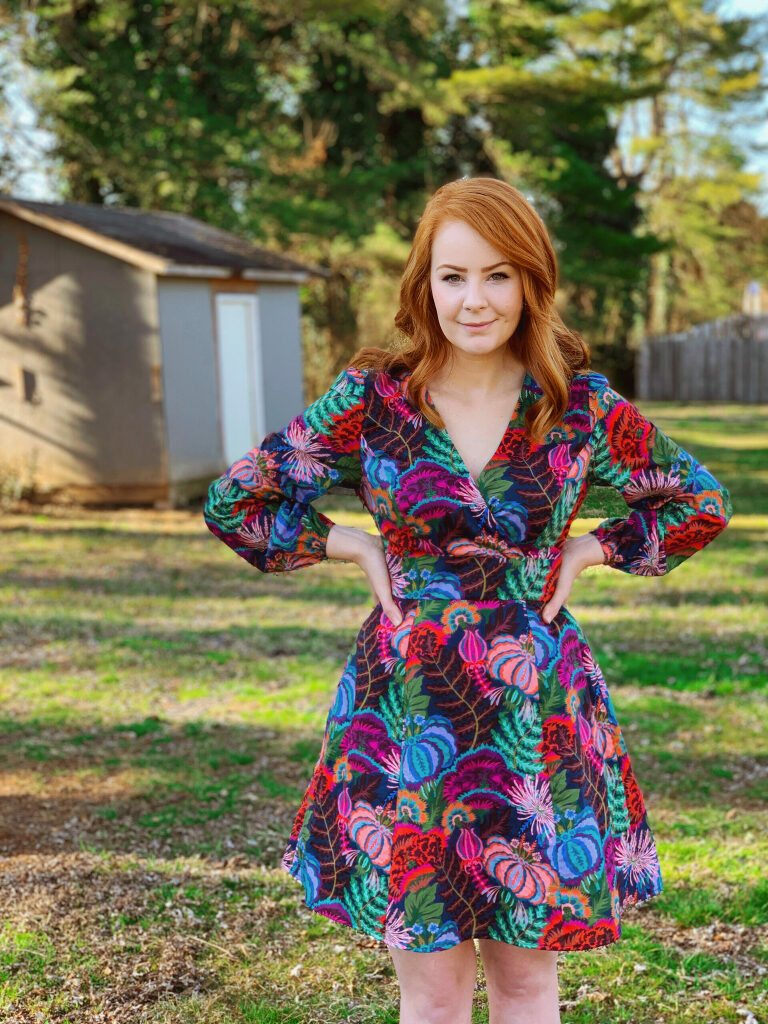 I purchased a beautiful Tiger Oak wardrobe off of Marketplace a couple months ago, and while we could definitely use more closet space in our room (our closet is extremely small because our house was built in the 70s when people saw no reason for spacious closets or bathrooms), I put it in my studio space. Its actually a good size room, but because there is no closet, it is lacking storage space. I put notions and tools in the drawer side of the wardrobe, and I decided to hang my go-to patterns that I am using all the time in there (I hang them using this super space saving method) as well as garments that need tweaking of some sort. 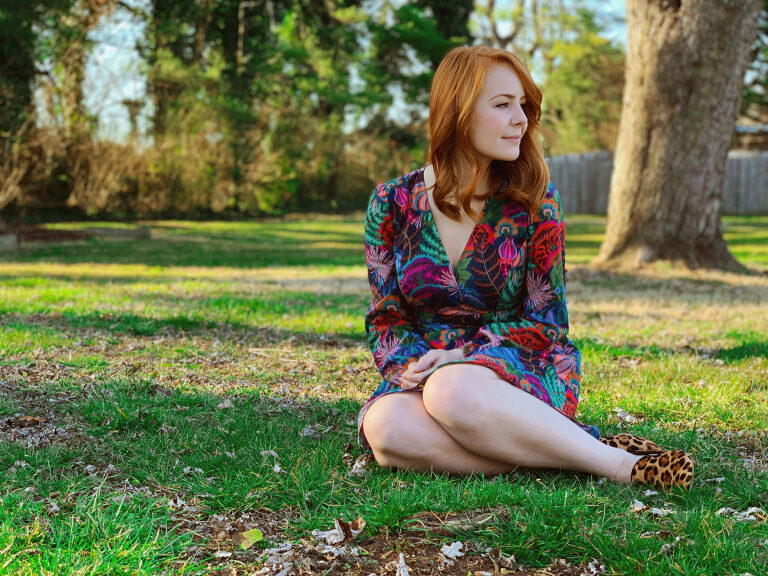 This dress was hanging among those garments in need of altering because the hem was too long for my liking. You see, I got this incredibly beautiful cut of fabric from DuckaDilly in January of 2020. My in-laws had given me a gift card to the shop, and I used the whole thing on this fabric with the thought that I would make a mid-length Deer & Doe Magnolia Dress and wear it to my baby shower and then after that as well. So I set off right away with this happy task. I finished the whole dress, and it hung ever so proudly on my dressform for me to appreciate until the time came to wear it. My baby shower was two months later on March 15, and much to my chagrin, my belly had grown not only out, but high enough that even the high waist of this dress would not work. I really should have known not to make something for a pregnant body so far in advance. I couldn’t get the zipper to even think about closing, and I had to make a quick run to Target for a dress large enough for my very pregnant body. 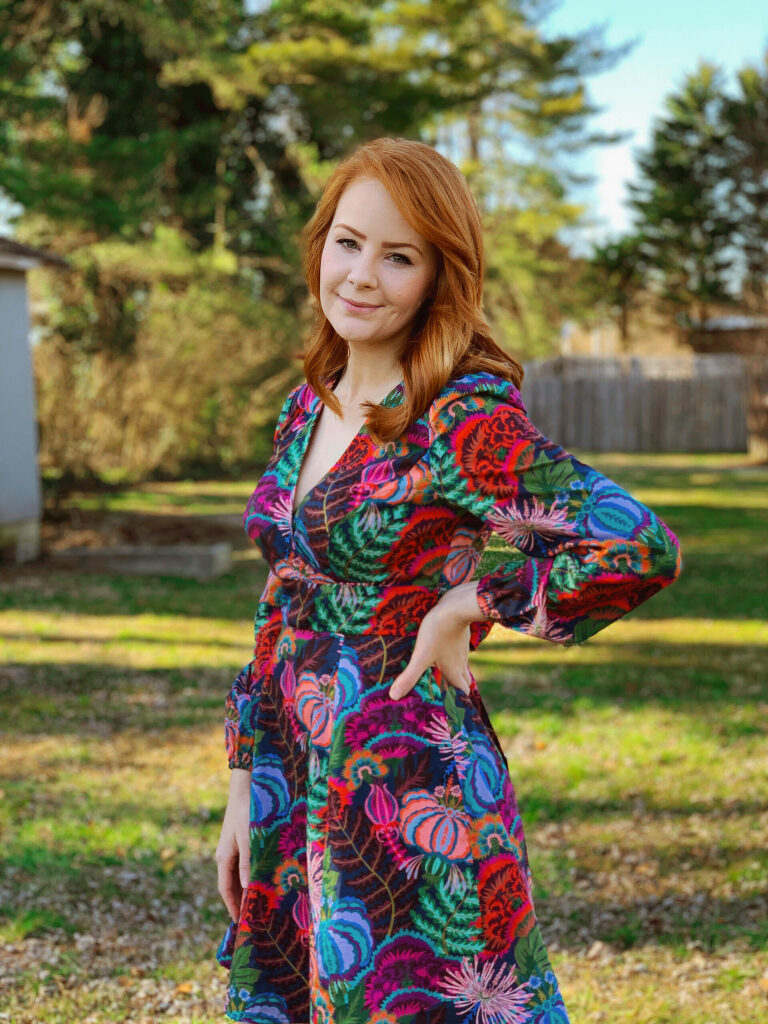 So the dress languished. 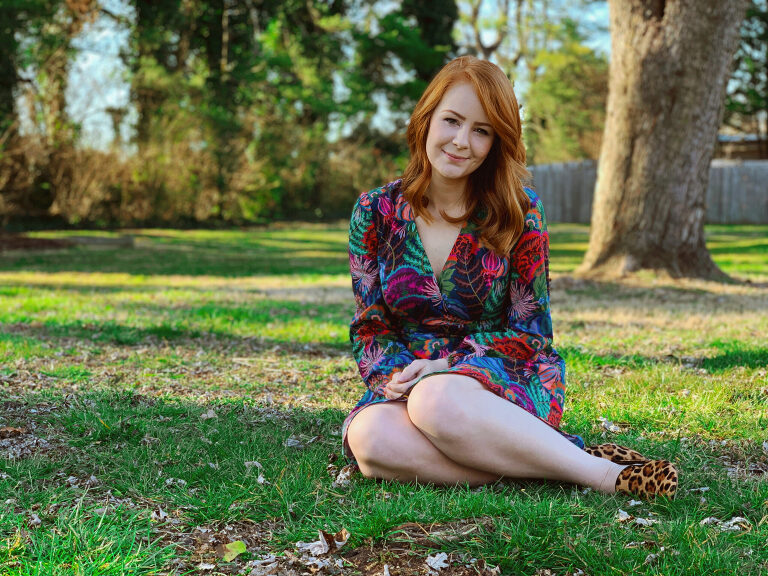 After having baby boy in April, I had no need for such a fancy dress. I mean, we were at the early stage of a pandemic, and plus its not like I could nurse a baby in such a dress anyway. So it sat. 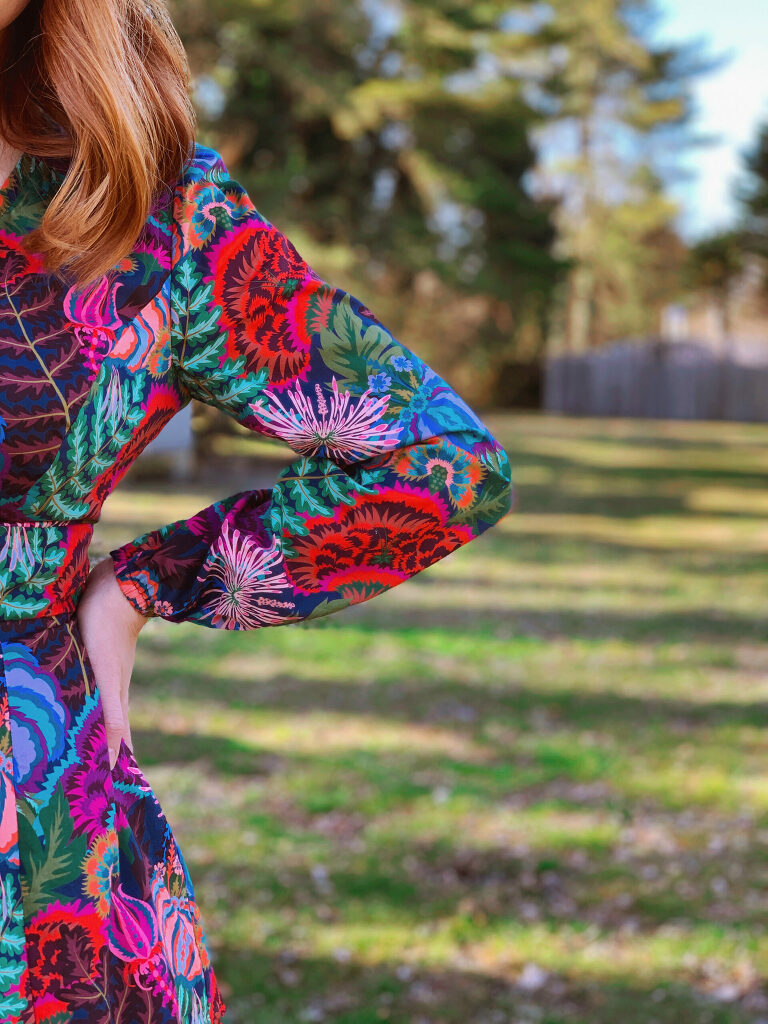 When we were finally able to go out again, I tried the dress on, so excited that I was finally going to be able to wear it. But I realized that I had drafted the length while sporting a rather large baby bump, so now that it was gone, the dress was too long for my liking. I could tell right away that I just needed to chop a good 3″ off and re-hem both the exterior and lining fabrics. Easy, right? 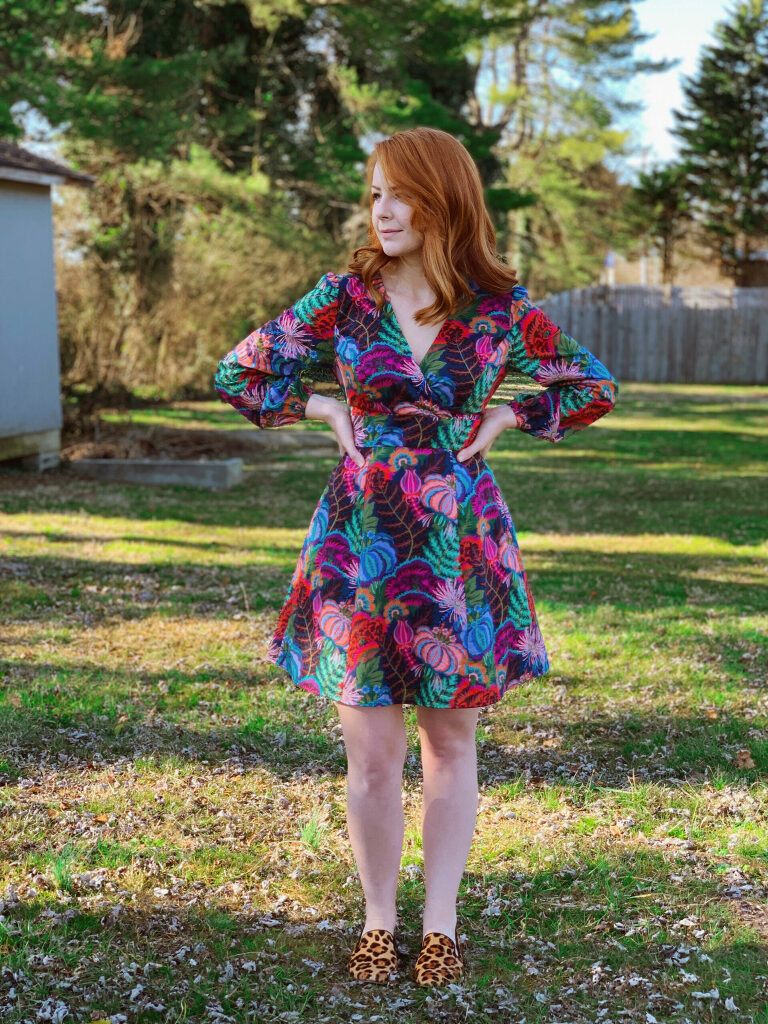 Spoiler: it was easy. But that was like 3 months ago, and I just did it yesterday. It took maybe 20 minutes. I know. I am ashamed of myself. 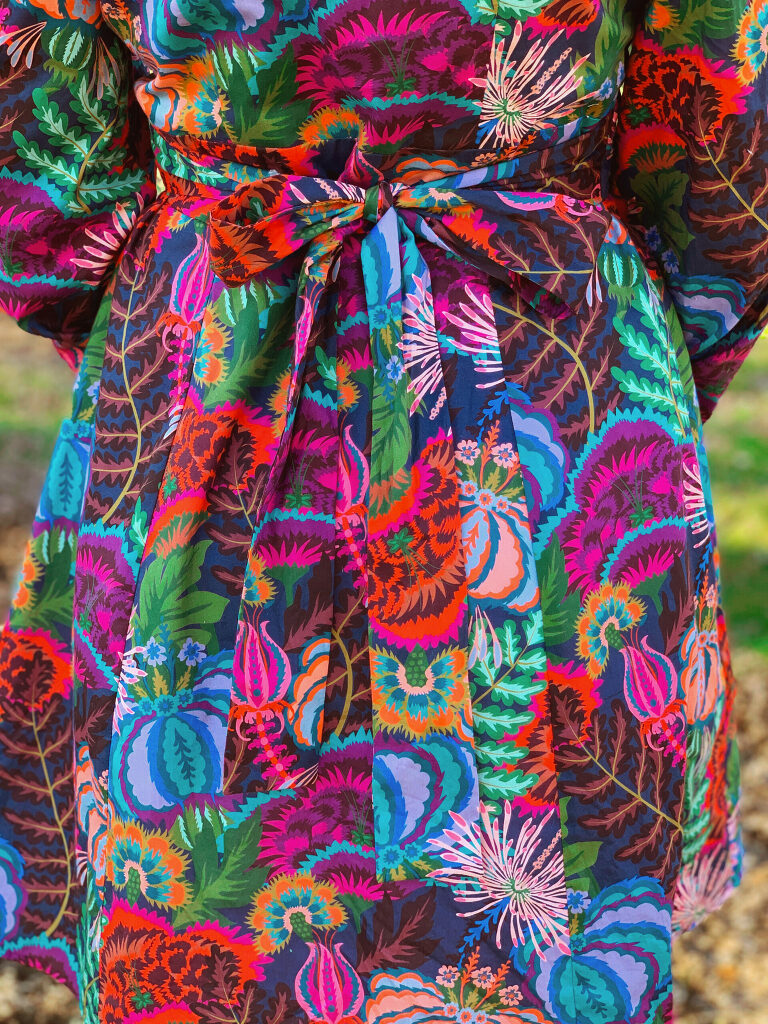 But you know what? I needed this yesterday. Wednesday was a long and overwhelming day, and I was down and feeling like such a failure for not getting enough accomplished and not being very good at what I do accomplish. All I had done was clean for six hours (and somehow the house was still a mess) and school the kids and try to get photos for a post… none of it felt fulfilling, and by the end of the night I was just feeling done. The sun rose on Thursday and it was just a great foreboding of the beautiful day to come. I’m telling you, the kids were extra cooperative in accomplishing their schoolwork, the baby took a nap longer than 27 minutes, and when he did wake up, all the bigger kids offered their hands to help me (without me asking) so that I could spend some time sewing. I made a whole dress, and then because I was feeling so great about having accomplished a task that needed doing, I reached for this dress and chopped the hem right off, and fixed the length. 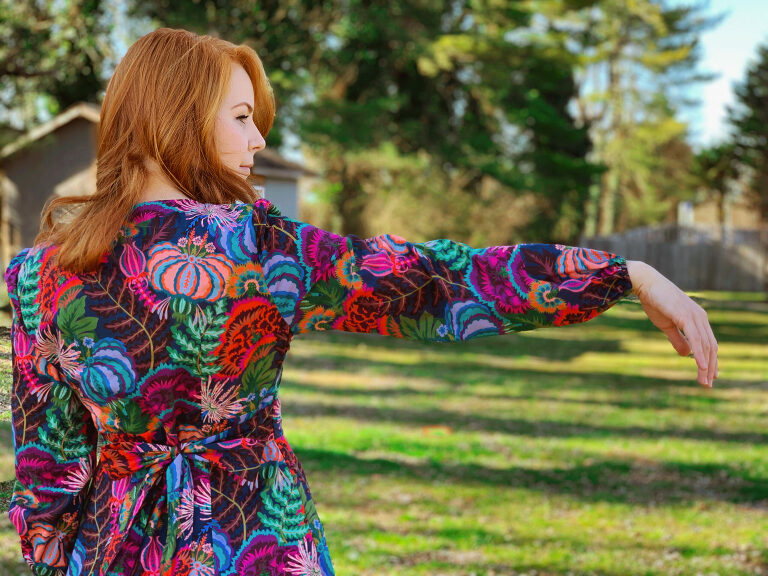 So even though I could beat myself up about just now getting this dress to the “ready to wear” stage more than a year after I made it initially, it was just was I needed for Thursday. Everything happens at the time it should, I suppose, so I’m going to call this a success even if it does feel madly late. 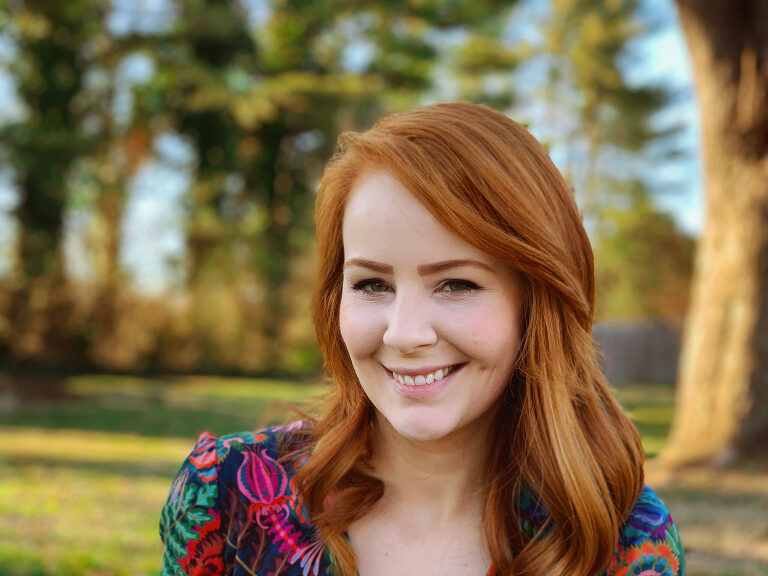 Would you like some details? The pattern is a tried-and-true Deer & Doe Magnolia Dress. I haven’t made a pattern from them that I don’t love; if you like to sew garments, I highly recommend them for their superb drafting and fit. I have large hips, and their patterns are made for women like me (though I’m sure they would look great on any shape!) I sewed it up on my Janome Skyline S9. As I mentioned above, the fabric is from DuckaDilly and the print is from Liberty’s recent Open Call collection and was designed by Natasha Coverdale. Its so bold and vibrant, and I love it! DuckaDilly has sold out of this color way, but you can find others here. 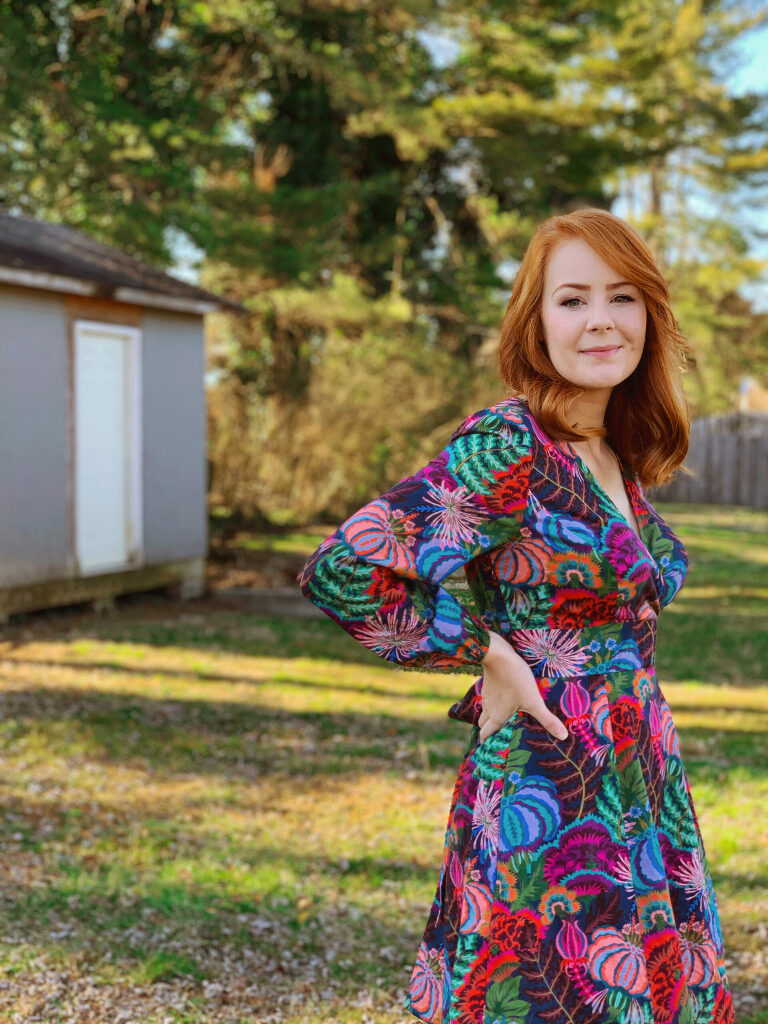 Well I do hope you have a good weekend! March will be here on Monday, and before you know it, it will be spring! I can’t wait.