When you least expect it…

Every once in a while, something really catches me by surprise. I don’t watch the news, and I try to avoid it for the most part. As a whole, it is depressing, and reading it does nothing positive for me. And because I have such a bleak outlook towards the news, I am seldom surprised when I hear of some tragedy. (Don’t get me wrong. I’m not all doom and gloom (I’m actually quite a joy-filled individual), I just have a realistic view that people, when left to themselves, will fall prey to their own lusts and terrible things will result.) But its the positive, joyful things in life that can sometimes catch me by surprise. Just when I’m thinking the world can’t get any worse, someone steps in and does an act of kindness without expecting a thing in return.

That kind of surprise smacked me in the face yesterday. When we returned home from a wilderness adventure, I retrieved the mail and opened up a package with these: 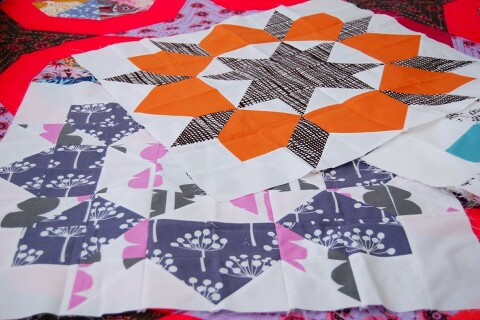 I was stunned into silence. A Bee mate and friend of mine (one and the same) stepped in and made my missing Swoon blocks. If you recall, my month in Bee Connected was May. I’ve received just about everyone’s blocks. Two people, however, are not responding to any communication, and even now that we are into August I have not heard a thing about the progress on those blocks. 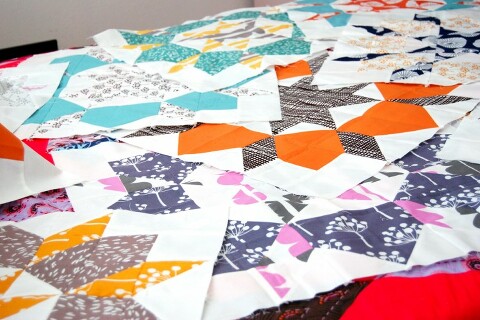 Its funny [not necessarily in a humorous way], this particular girl and I were at the tail end of the Bee. I didn’t realize it at the start of the bee, but I now understand that the end is not the place to be. Not if you want your blocks finished and to be returned to you anyway. We were whipping out everyone else’s blocks month after month in a timely fashion, so we just assumed the same courtesy would be shown to us. 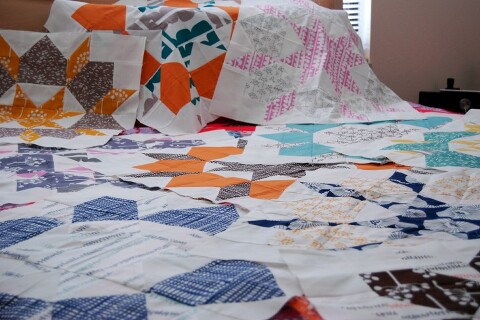 So we have been in communication for the past month about what to do about our missing blocks (from the same people). We both just wanted our fabric back so we could make the blocks ourselves, and we were very understanding of whatever was deterring the completion of the blocks. Even with that assurance, we are still completely in the dark about the blocks. Its unfortunate, really. I had given up hope of ever getting back that precious bit of Echo to complete my Swoon quilt. And there’s like no Echo left anywhere, so I couldn’t get more fabric to make them. 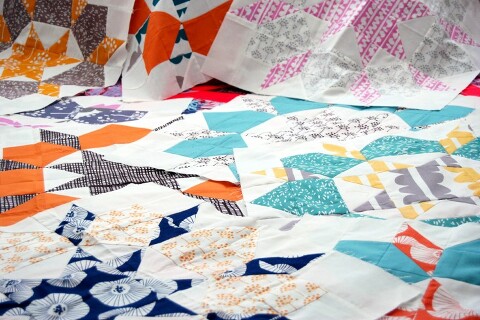 But this faithful Bee mate (I don’t like using the word mate, but I cannot think of a better word for it) somehow figured out exactly the fabric I was missing, scrounged the earth for it, and made up those two blocks in the exact combinations I had sent out! What a selfless act! Do you know how long it takes to cut out and make a Swoon block?! 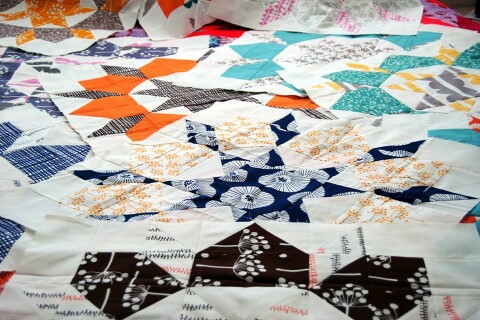 I really cannot say enough about this person. But she showed me that even though not everyone out there is faithful and trustworthy, there are some, and with that single wonderful doing, I am ready to join another bee. I swore I would never do it again after that experience, but I’m going to do it!

I hope you don’t think I’m an uber negative person. I swear I’m not. I do love people, I just get a bit discouraged about the not so great ones. It only takes one bad apple….

Have a wonderful afternoon!