Wal-Mart is dumb. like you didn’t know that already…

When I woke up this morning, I headed straight to my studio to make some much needed progress on my Mildred bags. Unfortunately, when I plugged in the iron it had died. This should have been no surprise to me since I paid no more than $11 for it, but I was disappointed and aggravated at the setback. So I ventured down to my least favorite place ever (Wal-Mart) and got a new one- a real upgrade at almost $30. When I got home and took it out of the box, I discovered that it had been used already (alot, it seems, by all the scratches and rust stains all over it). At this point I was more than a little perturbed, as replacing this vital tool was taking up a large portion of the time I had planned to dedicate to sewing. I returned the iron to Wal-Mart, which should have never been put back out in the first place, since the one I initially bought had been returned after what appeared to be years of use. I now have a new-new one. I do believe I am the first person to use this particular iron, which apparently is a real plus around here. Its quite heavy compared to my cheapo one from before, but I already like it very much. It does the job well and I’m happy so far. 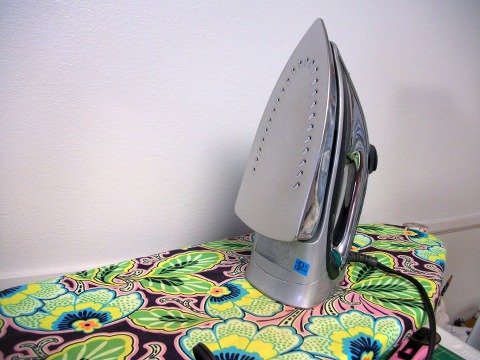 See how much progress I’ve been making? 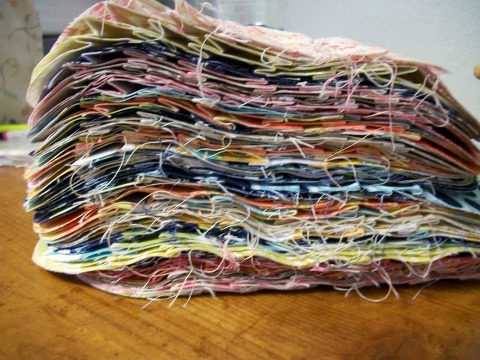