Presenting the newest member of the Daniel family, coming May 2014! 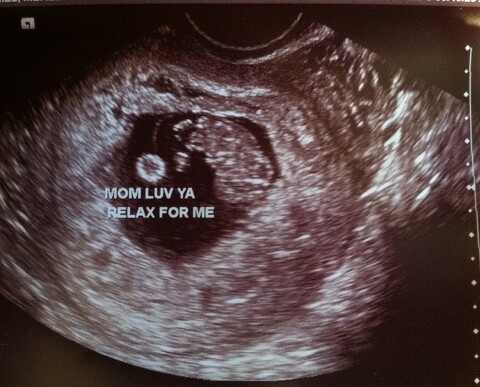 After what seems like forever, God has blessed us with another little one on the way. I’m so thrilled to be carrying this baby, and after praying for another baby for so long, it almost doesn’t seem real! Per the orders of my very cautious Dr., I have done practically nothing since finding out we were expecting (hence the lack of posting and sewing). But I’m with her. I would do anything to avoid another miscarriage! And praise the Lord, He has brought us further than we were last time, and I’m so ecstatic!

Because of some issues I had early on, I’ll be taking it easy for another five weeks, and then hopefully I’ll be able to get back into a more normal schedule. I need to sew! I haven’t sewn in soooo long because I’ve been hanging out with Layla and napping. Oh, how I love naps!

I have had things fairly easy compared to many, and I’m so grateful for that. Other than having to rest, and the occasional (really awful) headache, I’ve been good. This pregnancy is so much different than with Layla, not only because I’ve been worried the entire first trimester, but because I’ve been so achy and I’m showing sooner (way sooner). She was the easiest pregnancy ever, and quite honestly, the easiest baby ever, so I’m expecting a more difficult go round this time.

My family (my parents and sisters) are totally convinced that this baby is a girl, and Layla is 100% sure Baby is a boy. I’m rather amused by all of the predicting, and while I would have told you that all I ever wanted was girls prior to this pregnancy, I really do not care at all now. Frankly, I’m having an easier time picturing Layla having a little brother because she has her heart set on it, and because we’re set on a totally awesome boy name (which will remain a secret), and we can’t agree on a girl name. I have a fantastic girl name, but I’m having a difficult time convincing the husband. I’m not giving up though. :D

So anyway, thanks for stopping by! I’m so thrilled to be able to share this sweet news with you. I hope to post here and there over the next several weeks, so I hope you’ll drop in now and again.