Oh, I’ve been a busy bee! I got into the non stop crafting mode well before Market and now I haven’t been able to stop. And I like it! So many things are happening I can hardly keep up on here.

Last weekend I was hoping to finish up Layla’s quilt. Only I caught a glimpse of that special box I keep right beside my seat on the couch which was full of freshly wound up yarn, thanks to an awesome friend. I had resisted for so long- I didn’t even touch it until finishing my “responsibility sewing”. I just had to make something. Knowing I wanted to get back to the quilt, I decided to make baby boy his first hat using this tutorial. 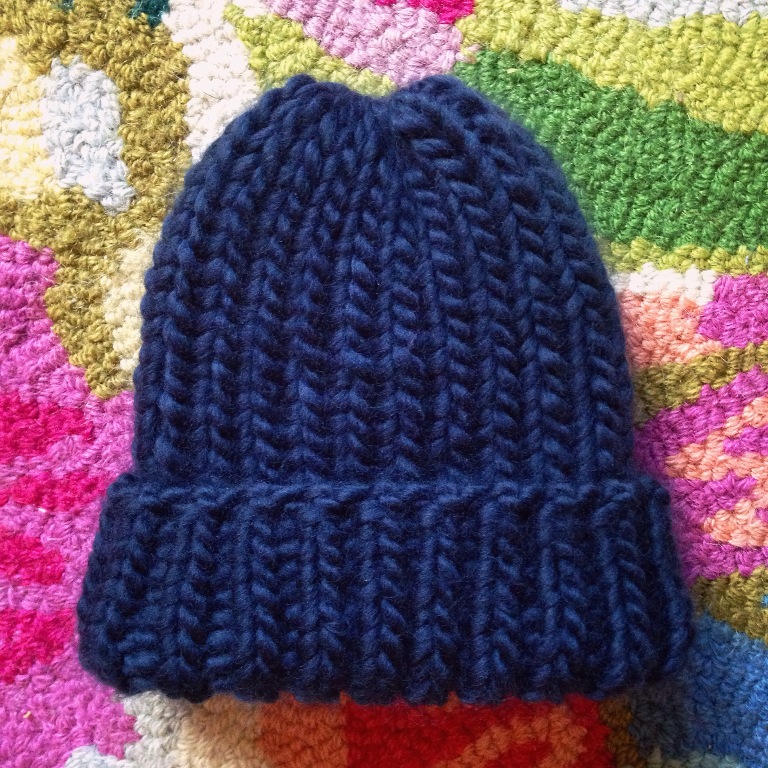 But then I kept going because knitting is sort of like a drug. Just one more, I said! So then I made this hat for Layla. I just sort of made it up as I went and I love it!! She does too. She’s my little crafty cheerleader, and that girl just keeps me going. 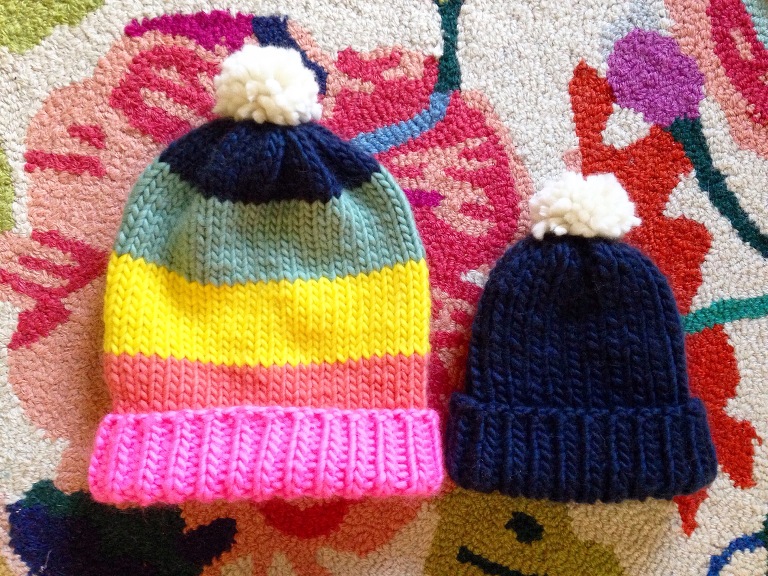 Wallace was the child without a hat at this point. But he loathes them. I put so many hats on him as a baby, I’m pretty sure he now has a complex.

I had the urge to make another item though, so I decided to make a little ribbed cowl. If he won’t wear a hat, he can wear a cowl. Surely he will like that! 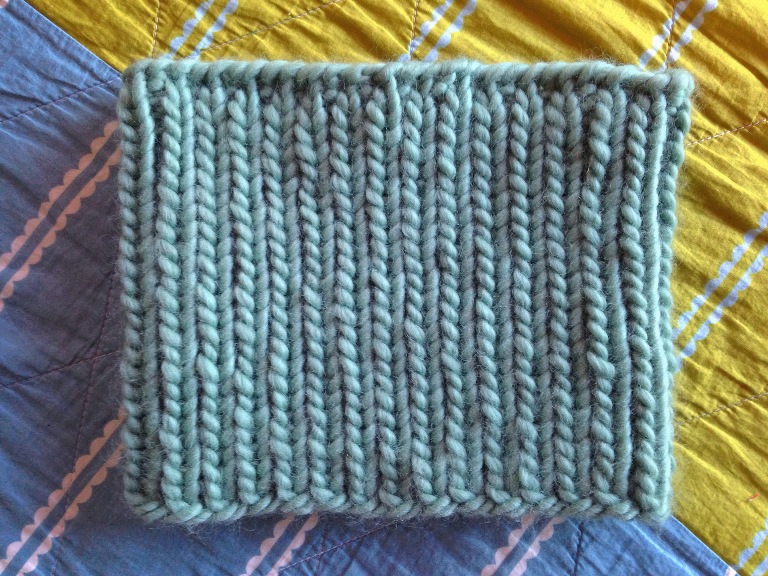 And so after a nap time I had a finished cowl for him. But you know what? He refused to put it on. I even demonstrated with my own cowl. He put it on his head like a hat (with a giant hole at the top) and he wears it like that. That’s my kid! Just as contrary as his sister.

So two hats and a cowl in less than 24 hours. My fingers were so sore it hurt to scroll on my phone. I was satisfied with my projects and so happy to be improving. But then Sunday came. And the yellow beckoned me. I tried to resist. My fingers still hurt.

But the squishy yellow merino won, and I had to make this sunshiney yellow hat for a baby girl who is due to arrive about the same time as my littlest man. 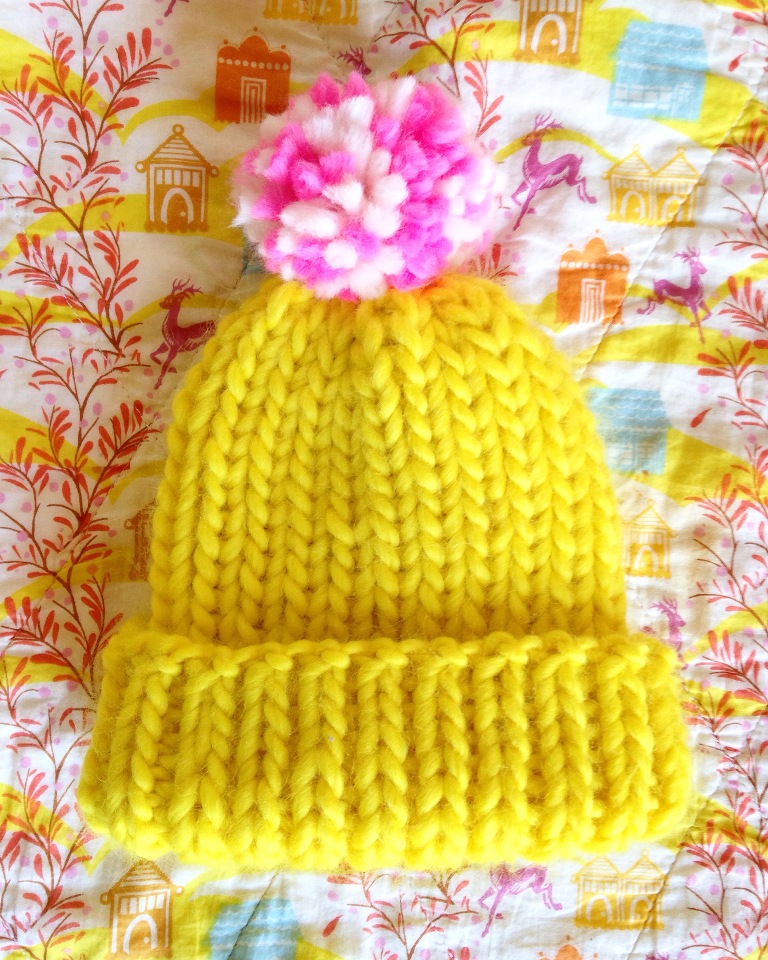 And that is all I have to show for now. I also started a Honey Cowl, but it’s still in progress and not to be touched again until I finish Layla’s quilt!! I have been totally taken by knitting. I just love it so much, and I’m glad I took the dive and actually made some things. I’m finding my entrance into knitting is very much like sewing. Like fabric, I’m so inspired by the gorgeous yarn. Yarn is just like fabric- some is gorgeous and some is meh. I’m so glad to have access to gorgeous fiber to be able to make squishy, marshmallowy things!!

Next up I’m going to try line weight. I’m very nervous about it because I love this chunky merino so much, but I’m sure I will love it too once I can get used to spending longer on a single item. I’m excited to keep learning, and there’s no better time than when my body and brain are flooded with pregnancy hormones driving me to do all the things before the baby arrives and I am sleep deprived.