A while back when I was on bedrest and not at all used to the idea of being still, I got the urge to make hexies. Its not something that had really peaked my interest before, but I needed some good sit-on-your-butt crafting activities. I also knew that the hexies had to be Liberty. I’ve been very slowly building up my stash for a long time, and hexagons were a small project that would allow me to use many Liberty prints without making a big dent on my stash.

With the help of many Instagram friends, I ordered some paper pieces from here, and began cutting fabric.

Boy did that first trimester get me down. If you’ve ever worked with lawn before, you know how thin it is, and how much of a breeze it is to work with. Well like twenty prints in, I was so weak and exhausted from cutting (stop laughing) that I just let the squares sit. For months. I know everyone is different, but I like to tackle and finish one part of my project before beginning another, so rather than sewing with what I had, I just left it until I could cut all the fabrics I wanted. That was a stupid idea for this sort of project where one can just keep adding with no real timeline. I realized that just about a week or so ago when I decided those squares could sit no longer. I was fidgety, and just began basting those hexies. In just a small amount of time, I think I have a good variety. 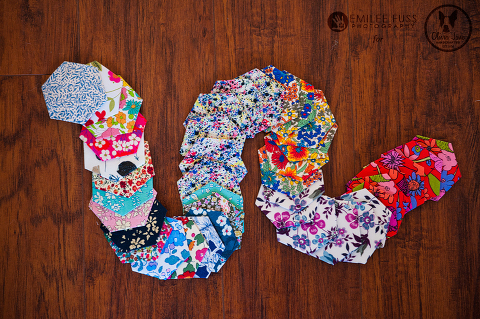 They sure are pretty, aren’t they? 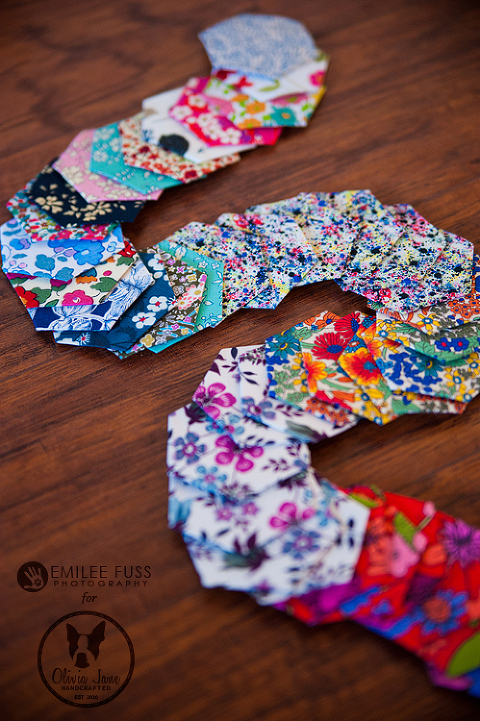 Since Emilee took these pictures, I’ve added many more prints. I’m so happy to have this little non-committal project to keep me busy in the evenings when I watch The Office with Justin. I plan to keep adding hexies until I have heaps upon heaps of them spilling out of a big box, then I’ll sew them into a quilt. And it will be a beautiful quilt, well worth the slow work and collecting prints over a long time period. I’ll be sure to keep you updated on my progress every so often. If nothing else, the Liberty sure does make some nice eye candy.

Thanks for popping by!